Please refer to route info below to determine the type of service each route is operating.

FACE COVERINGS WILL CONTINUE TO BE MANDATORY IN ORDER TO BOARD. 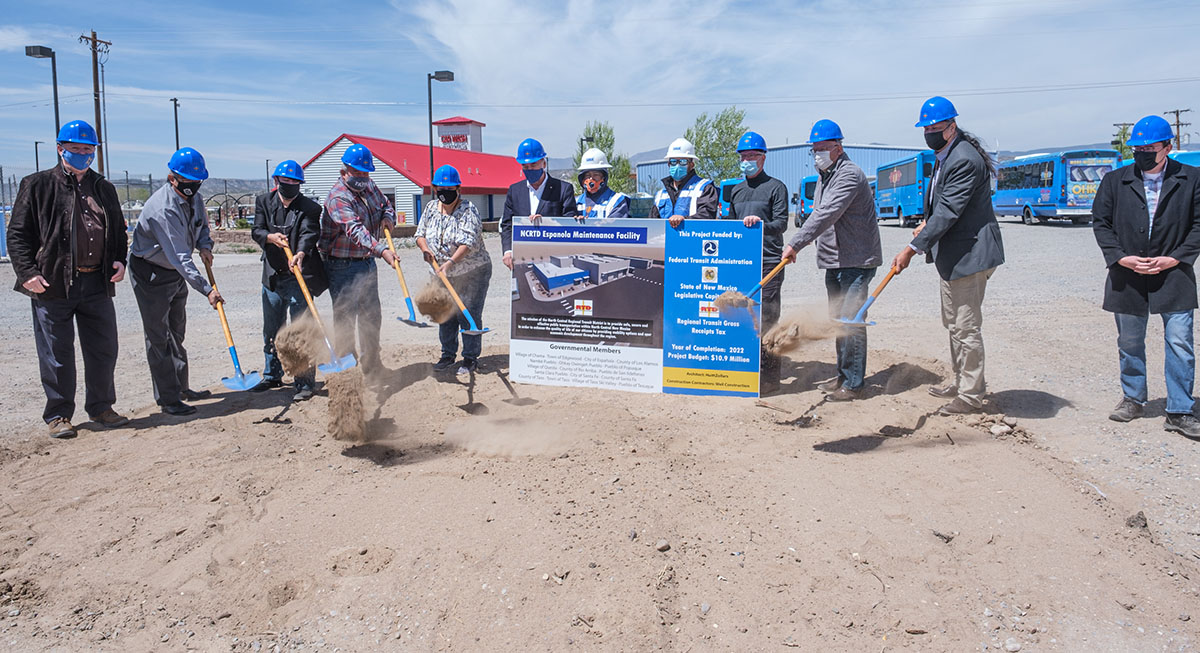 On April 21, the North Central Regional Transit District (NCRTD) broke ground on the construction of a new maintenance facility to include maintenance repair bays, equipment, vehicle wash bays and a fueling station.

The 12,000 square foot facility will be located behind the Jim West Regional Transit Center which serves as the District headquarters on Riverside Drive in Española. The project is expected to fulfill current vehicle maintenance and upkeep needs as well as be capable of accommodating future operations and fleet expansion.

The $10.9 million project is being funded by the Federal Transit Administration which contributed more than 80 percent of the costs, State of New Mexico Legislative Capital Outlay and Regional Transit Gross Receipts Tax. It is expected to be completed by summer of 2022.

“This is a historic day for the North Central Regional Transit District,” stated Daniel Barrone, NCRTD Chair and Mayor of the Town of Taos. “As we break ground, we are opening a new chapter in a history of progress for the District and providing mobility for the people of northern New Mexico. I would especially like to thank the Federal Transit Administration, our State Legislators and the New Mexico Department of Transportation Transit and Rail Division for their vision which has made this day a reality.”

The New Mexico Department of Transportation Transit and Rail Division worked with NCRTD on the federal application process and will pass through much of the federal funds. The architects for the project are Huitt-Zollars, Inc and construction contractors are Weil Construction, Inc. both are based in Albuquerque.