Please refer to the ROUTES section to determine the latest information on your route.

North Central Regional Transit District’s RTD Blue Buses provide vital transportation services within north central New Mexico. The District respects that people may be feeling anxiety and concern about the safety of public transit in the regards to COVID-19; we take this very seriously. We continue to clean and disinfect our vehicles daily and regularly utilize a disinfecting fogger. Our top priorities are to continue service to the public, and to keep them and our employees healthy and safe. Thank you for partnering with us to help prevent the spread of any germs and flu. The District asks that anyone experiencing flu symptoms refrain from boarding our vehicles. Thank you for partnering with us to help keep our community safe. 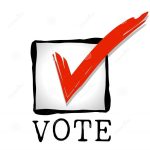 No Increase In Taxes!

The GRT Reauthorization passed handily in all four counties.  Following is the tally by county and District-wide and a comparison to the 2008 vote.

TO HEAR MORE ABOUT THE IMPORTANCE OF THE NORTH CENTRAL REGIONAL TRANSIT DISTRICT, THE SERVICE IT PROVIDES AND PUBLIC TRANSIT IN THE STATE OF NEW MEXICO READ BELOW:

Letter to the Editor: In support of the Blue Bus, by Dan Barrone, Town of Taos Mayor, The Taos News

Letter to the Editor: Blue Bus vital to many, by Zachary Dreicher, The Taos News

My Turn: Vote yes on bond for Blue Bus, by Lynn Farquhar, The Taos News

Letter to the Editor: What Your Pennies are Worth to Public Transportation, by Alfred J. Herrera, The Taos News

Opinion: The NCRTD Blue Bus is a Service that Benefits All of Us, by Charlie Gonzales, The Taos News

Local Transit Is An Integral Part Of Our Community​, By David Israelevitz,Los Alamos County Chair from the LA Daily Post

Not Supporting Public Transit Would Be a Tragedy by Scott Flury, Chama Councilman, Valley Daily Post​

Public Transit is Important to New Mexico, by the New Mexico Transit Association

At the time the Regional Transit Gross Receipts Tax (RTGRT) was enacted, a January 1, 2024 sunset of the tax was imposed by the four counties which would require the NCRTD to go back to the voters to extend the tax beyond that date. The sunset was never part of the voter referendum and was not voted on by the public.

The NCRTD 2015 Long Range Strategic Plan, prepared for the District and ratified by the NCRTD Board, recommended that the NCRTD seek to repeal the sunset provision, by ballot question, as early as the November 6, 2018 general election, rather than wait until 2022 general election or a 2023 special election prior to the January 2024 sunset.

In preparing for the 2018 election, the NCRTD contracted Research and Polling, Inc. to conduct voter/public opinion research in the four-county area and assess community support for a repeal of the sunset. Specifically, to better understand constituent opinion, assess the likelihood of success of different approaches and ensure voters are accurately informed and understand the outcome of their vote associated with an election to repeal the sunset.

The results were encouraging showing that 81% support reauthorizing the existing 1/8 of a percent tax, while only 9% were either somewhat opposed or strongly opposed. The research also showed that support for public transit, throughout the four counties was very high. View a complete copy of the results below.

Additionally, a public education campaign spearheaded by Griffin & Associates, is now underway in the four-county area to educate and inform the public on who the NCRTD is, what services it provides, its vision and mission, provide overall background on the District and its contribution to furthering community and benefitting the society at large. With this, the District desires to create greater awareness amongst constituents and stakeholders to ensure that voters are better informed and understand what the upcoming ballot question is all about. The program will also work to inform voters on the fact that this is not a new tax, but simply a reauthorization to keep the current one in place.